The Chief Delegates from the second trial mock Eden had our fourth team meeting this afternoon. In our continued efforts of transparency you will find below the notes from this meeting as well as a link to the unedited video capture for your review.

We have begun our Eden Office hours which run each weekday from13:00 15:00 UTC. These are meant to be open calls to the community that are almost like a water cooler chat. It can be working background noise or you can ask questions about Eden or the various projects that are on the go. This Zoom link is the same for each daily call:

Some other things to note (that came up at the end of the meeting):

Eden on EOS Holacracy Framework:
For reference to our Eden on EOS framework initiative, organizing ourselves more effectively, please see the documents below:

Shortened framework with the specific roles listed for easy view.

The full unedited video from this meeting can be found here: 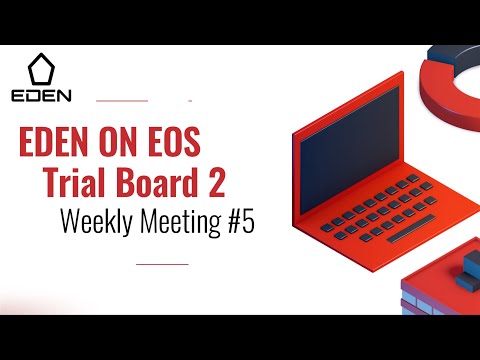 The following remains as our Chief Delegate Trial 2 mission statement:

Develop an Eden on EOS organizational structure that is scalable, iterative, transparent, & collaborative with the entire EOS community.

Review Progress on our Individual Mandates: