Hello, everyone! Spring is coming to a close, summer is approaching, and it seems like much of the world has come to a pause due to the coronavirus pandemic. It’s crazy to think that nearly a full year has passed since the B1 June event last year!

Despite the pandemic, we’ve managed to remain steady in our work producing on various blockchains and developing tools to enhance the experience of users and developers on those platforms.

The biggest update from Greymass is that we’ve finally, officially released Anchor out into the wild. For those who don’t know, Anchor is the new and improved version of our eos-voter wallet. It’s re-branded, has an entirely new UI, a bunch of new features, plus integrations with some of our other tools and products. For example, Anchor automatically integrates with Greymass Fuel to offer free transactions to users. 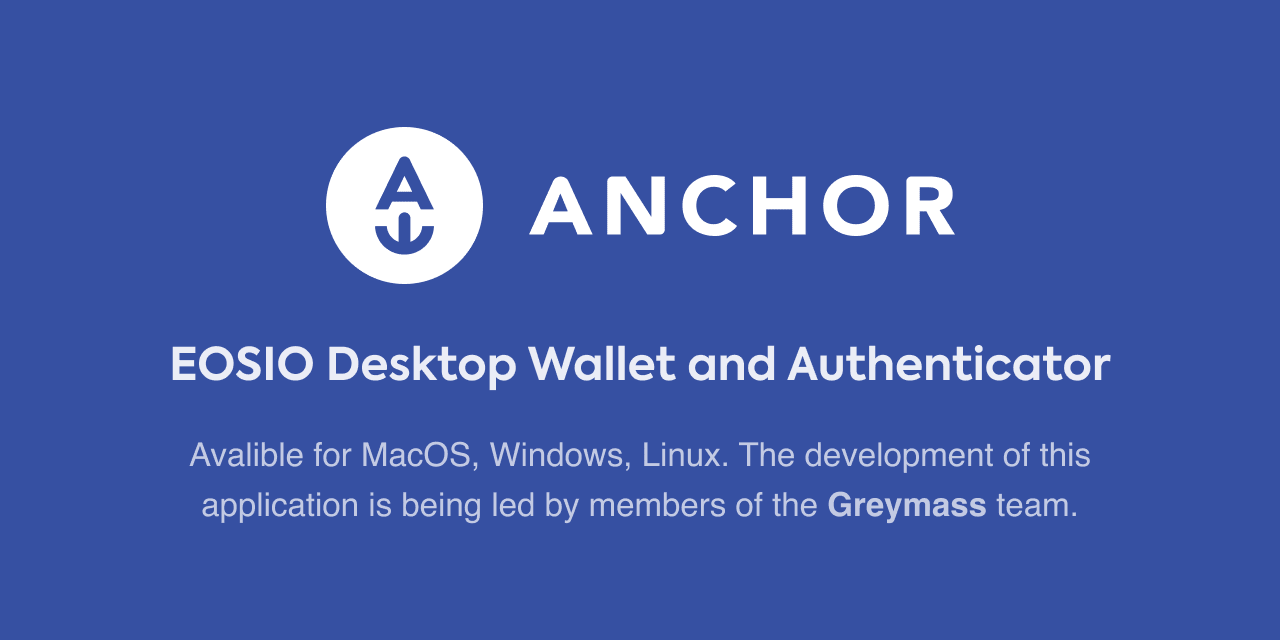 Anchor is the result of many months of work from our development team, and we’re proud to finally offer it to the community. We’ll continue to push further updates to Anchor, and we’d love to hear your feedback in our Anchor Telegram group (and Anchor developer group). In the meantime, be sure to try out Anchor with Bloks and EOSX. We’ll be announcing more integrations in the very near future!

B1 to Begin Voting

Block.one will officially begin voting on the EOS mainnet soon, starting with 10M tokens. They also highlighted some of their initial criteria in the blog post.

We aim to vote for candidates in a rotational manner with no cap on how many total candidates we vote for over time.

We employ the following criteria to qualify for votes:

Though B1 is voting with only a fraction of its massive EOS stake, the governance implications for such an important organization finally voting are massive. It will be quite interesting to see the effect this has on the EOS ecosystem over the coming months.

Block.one and EOS New York both recently announced that the EOS New York team would cease operations as a BP and join B1. The team will primarily work on public blockchain engagement (like the aforementioned mainnet voting), but will be involved in a number of different projects.

ENY has always been one of the most respected and community-oriented block producers, and we’re huge fans of everyone on the team. We’re really happy to see them join B1, as we think that they will bring a really unique perspective to the organization after having worked in the trenches of block production for so long.

Voice, the social news platform that rewards users and content creators, announced today $150 million of capital from Block.one to kickstart its independent operation.

In a recent blog post, B1/Voice dropped a few interesting nuggets of information. Of particular note is the fact that Voice will operate as a completely independent organization, funded by $150M of investment from Block.one.

In some ways, this move is unsurprising. Voice is attempting to build a next-generation social network to compete with the likes of Twitter and Facebook. Block.one is a company dedicated to building core blockchain infrastructure. While there is some overlap between the two, the core missions are entirely different and support the idea of working as independent teams. It does, however, leave a lot of open questions. In particular, it will be interesting to see how much involvement Dan Larimer has in Voice moving forward, since his official role is as CTO of B1.

dfuse for EOSIO, the API tool from the former EOS Canada team, is officially open-source! The dfuse team is now also building similar tools on a number of other smart contract platforms.

Anchor is officially out in the wild and ready for you to use! It’s also currently supported by apps like Bloks and EOSX, with more to come soon!

You can download the latest version from Github and read more about the details of the product in the official release blog post.

Aaron from our team (who lead Anchor development) was also interviewed recently on EOS Writer. Check that out for more detailed info on Anchor!

HODL EOS put together a video overview of Anchor, as well!

We’ve been quietly working on rebuilding our website from scratch, and we’ve now pushed it live! You can check it out at Greymass.com! Be sure to check out our projects page for a full list of what we’re working on, as well as our blog for updates and podcast episodes! You can also now sign in through our website and vote for us (directly or through the Greymass proxy)! 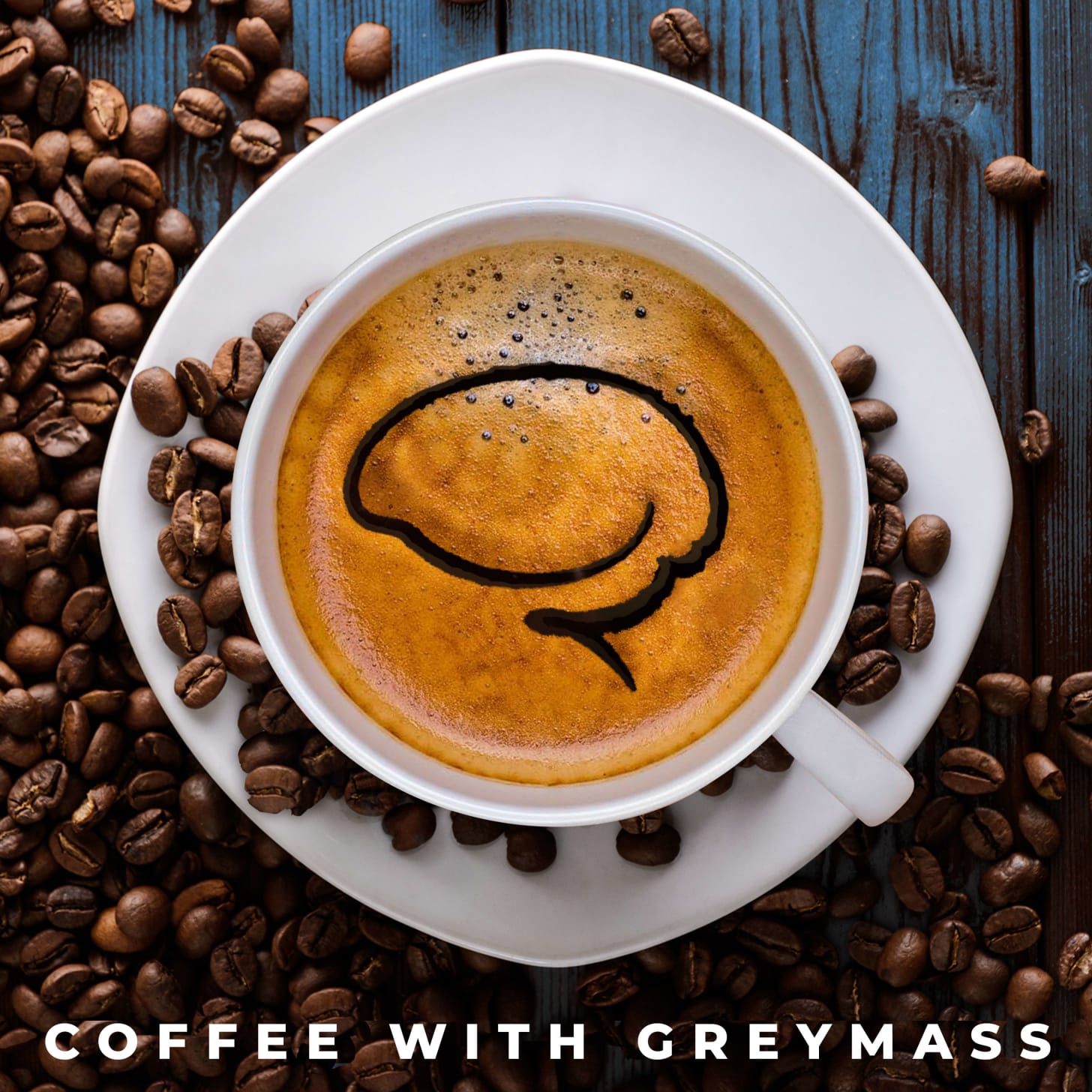 We recorded a few new episodes of our Coffee with Greymass podcast, and we’ve got even more on the way!

First, we spoke to Yves La Rose of EOS Nation about their work on the EOS Worker Proposal System (WPS)— you can listen to that episode here.

We also recorded a podcast to coincide with the release of Anchor where we discussed the various updates, features, and future of Anchor. You can listen to that episode here.

This coming week we’ll be releasing an episode with Alex Melikhov of Equilibrium.

Since our last newsletter, we’ve gotten up and running on a few more EOSIO chains.

Greymass is now producing on the EOS mainnet, WAX, TELOS, FIO, and Proton.