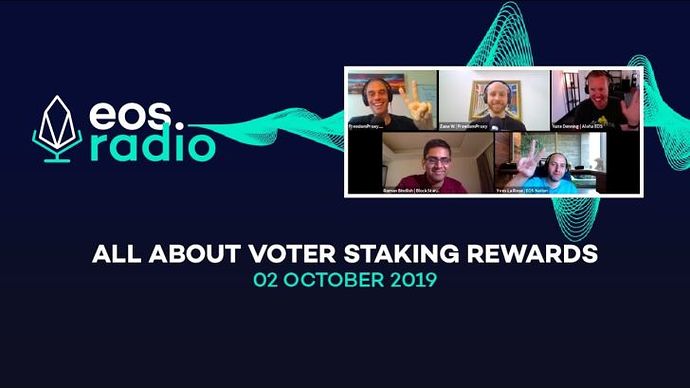 September was a busy month for all of us, and things don’t look to be slowing down for the rest of the year. There are a lot of interesting developments happening in the EOS space, especially around issues of governance. As a BP, it’s our desire to serve the community of EOS token holders, first and foremost. If you have strong thoughts about the recent conversations on governance, we’d love to hear from you!

We quietly launched a proxy earlier this month. You can see a bit more info about the proxy and our voting philosophy at Aloha EOS’s proxy portal here. We’ll write a full blog post explaining our motivations and criteria soon, but feel free to go ahead and vote with us if you’d like to support infrastructure-focused BPs.

Myles from our team will be at the EOS Community Conference in Rio this month. If you’re going to be there, ping him to say hi!

Now, onto the ecosystem news!

Block.one Settles with the SEC

This was by far the biggest news of the month. Block.one announced that it settled with the Securities and Exchange Commission for a one-time fine of $24M.

Reactions to the news were predictably all over the place, but we see it as a positive development. B1 didn’t admit to any wrongdoing, and it seems like this will free them up to be more proactive in the EOSIO ecosystem. Brendan Blumer even hinted on Twitter recently that B1 was considering voting on the EOS mainnet. With their legal issues behind them, this is finally starting to feel like a real possibility. We’re hoping to see more active involvement from B1 across the board as a result of this decision.

If you’d like to dive into the settlement further, Katherine Wu (who is very worth following on Twitter) annotated the settlement documents on her website. Lawyer Stephen Palley also did a writeup for The Block.

The EOS mainnet successfully transitioned to EOSIO 1.8 late last month. For a hard fork that required coordination among all parties, the transition went surprisingly smooth. Congrats and thanks to everyone who put in the hard work to make it that way.

One of the major discussion points among the EOS community in recent months has been around the issue of voter rewards. What was initially a taboo in the community has become more accepted as several BPs whose strategy openly embraces voter kickbacks have risen heavily in the ranks.

A new series of discussions has emerged around proxies that pay voters. Aloha EOS launched their Voter Value Proxy, and EOS Nation launched a proxy offering 3.31% APR. ColinTalksCrypto, currently one of the largest proxies on the network, has also launched a new rewards-based proxy.

Greymass has not yet joined any of these proxies, but we’re aware open to hearing more from the EOS community about whether this is a direction they support. If you’d like to discuss, please join us in Telegram and let us know your thoughts!

Nate from Aloha EOS and Yves from EOS Nation both joined Ashe and Zane on EOS Radio this week to discuss this topic. Check that out below.

We’re a bit biased (since Johan is a part of our team here at Greymass), but Decentium is one of our favorite projects on the EOS mainnet.

The team released their September update— including an open-source feed service for RSS on Decentium.

We’ve become increasingly disillusioned with Medium in recent times— notably because of paywalls and arbitrary censorship. Interestingly, we noticed that Aloha EOS’s proxy article on Medium was under temporary suspension, but you can still access it on Decentium! 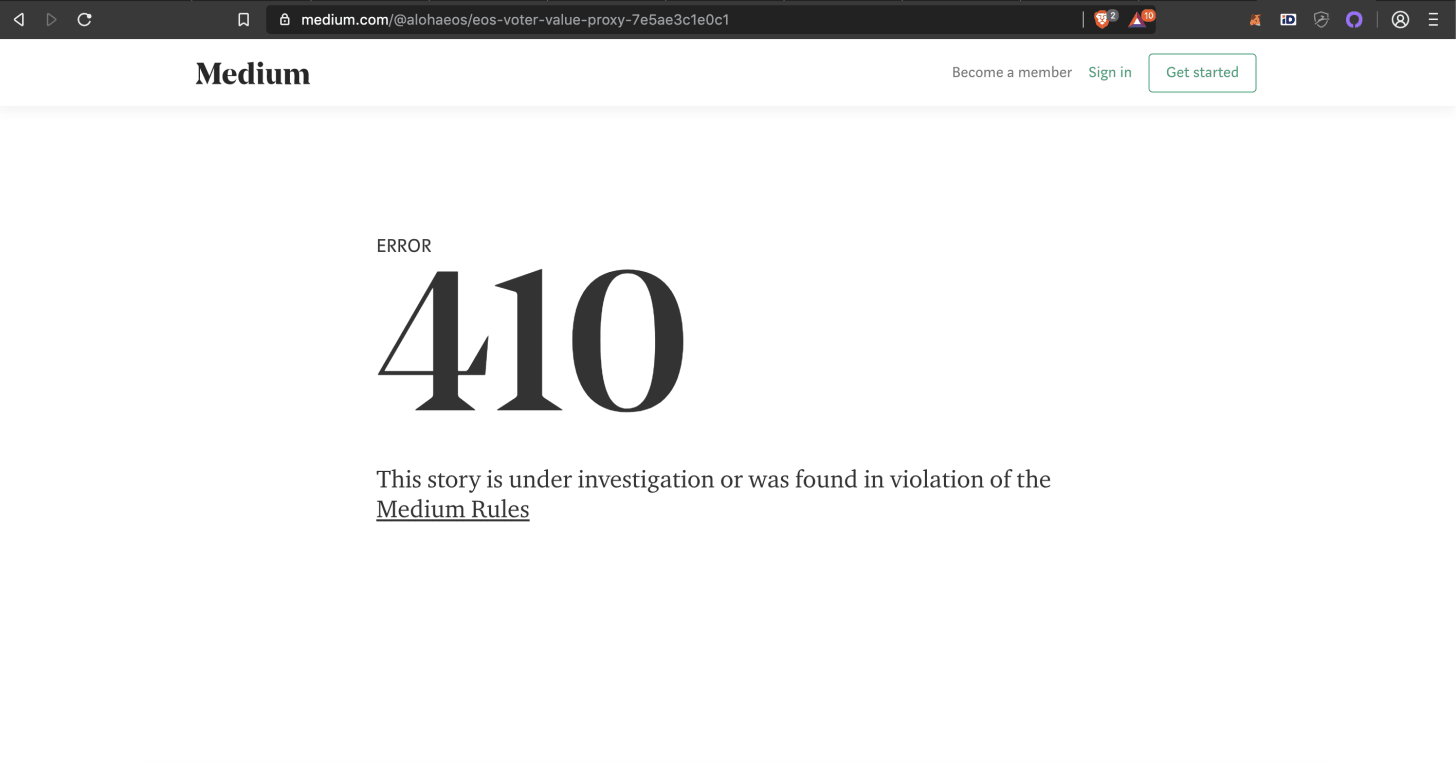 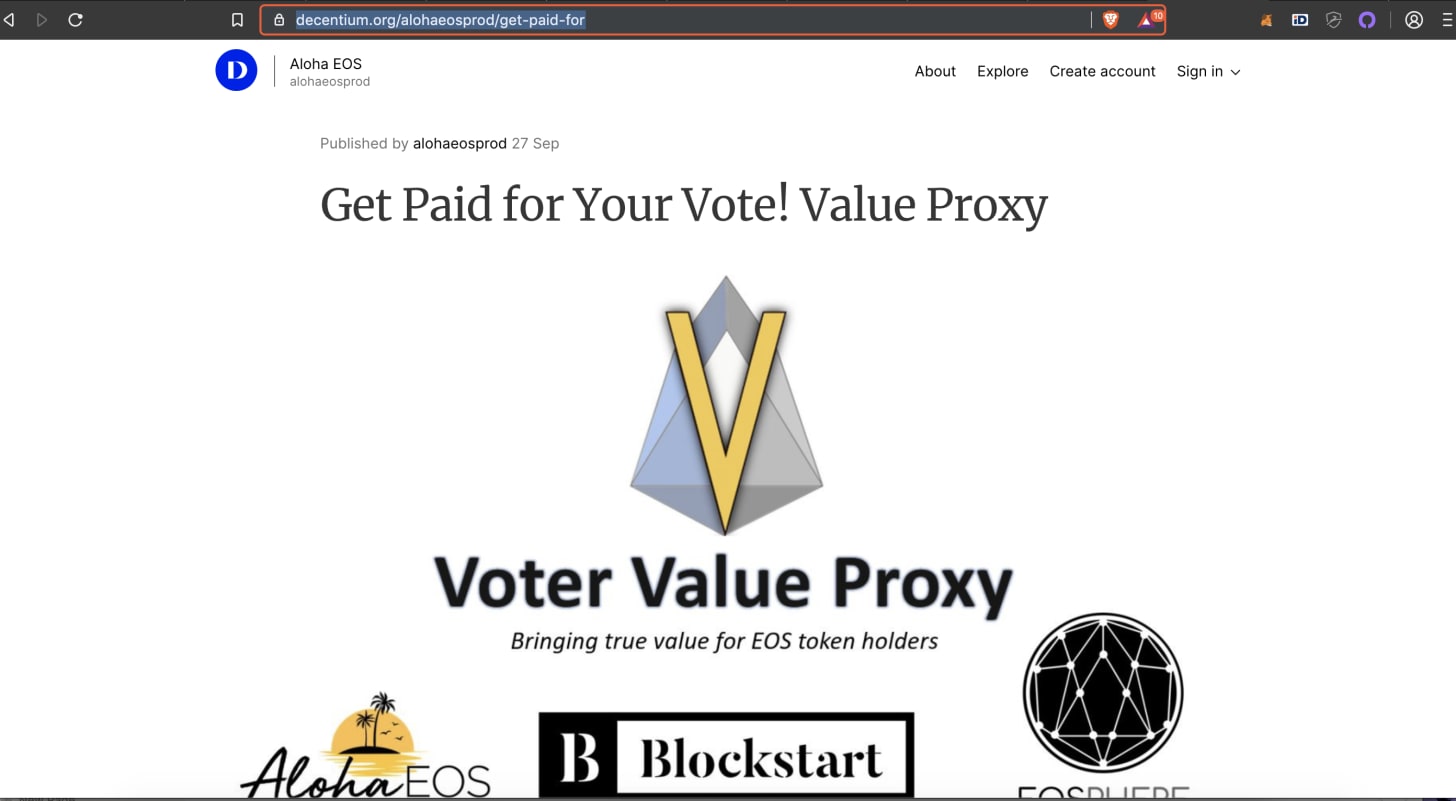 PEOS To Launch This Month

PEOS, a service enabling private token transactions on EOS, is set to launch this month.

We launched a proxy! As we mentioned above, we’ll be releasing a blog post soon with full details.

Aaron Cox from our team wrote a great article about the parallels between early adoption of the Internet and early adoption of crypto, and what those of us working in crypto can learn from that era. We highly recommend checking it out!

We released a couple new episodes of our podcast this month!

In the first, we chatted with Greymass team member and Decentium lead Johan Nordberg about the Decentium project. Check that out here.

In the second, Myles and Aaron sat down to discuss Aaron’s “Driving Crypto Adoption” article (linked above). You can check out that episode here.

Be sure to subscribe to the podcast on your favorite player, and leave us a review!