In my prior post I introduced a proposal for creating a decentralized community governance system. This post will expand upon those ideas further and incorporate feedback from the EOS community.

The Language and Time Zone Barrier

One of the biggest challenges of any community is facilitating communication. Absent clear communication it is easy for two groups of people to distrust one another. The broader EOS community is composed of core developers in the West and a majority of users in the East (China). There are also important, but smaller, communities that speak Spanish.

One of the principles from my book, “More Equal Animals - The subtle art of true democracy”, is that democracies should be grouped geographically to support greater local autonomy and protect against tyranny created by the inability to effectively organize a secession movement. The people of the United States would have more power and representation if every county (~3000) elected one representative and the country acted as a democracy of counties instead of a democracy of 300 million people. The democracy of democracies approach protects the independence of the parts and empowers the people.

I therefore propose that EOS be set up as a democracy of democracies. In this case, there would be two independent communities each of which is allocated 50% of the budget. This would be like giving each state in the united states an equal share of the new dollars that are created. The result it democratic sharing of economic power.

The needs and wants of the Chinese people might be different than the needs and wants of the English speaking people, but we can coexist without worrying about the internal politics of the other side. Any time a decision needs to be made that impacts the entire blockchain (such as hard forks and system contract upgrades) then the leaders of the two communities would have to reach unanimous agreement. It is only the leaders that would need to worry about negotiating with the other community.

Furthermore, the local English and Chinese community members would be in a better position to hold their local leaders accountable.

To become a member you must have an invitation and approval of 3 existing members, pay a membership due of approximately 3 hours of minimum wage (currently about 10 EOS), and be vetted by one of 5 randomly selected elected officials.

This is a “high” threshold and that is a good thing. As a member you are being given a lot of economic power and are expected to participate in live video chats with other members while fulfilling your duty to help govern the blockchain. If you are unable to find the time to earn the 3 hours of minimum wage required then how will you have the time to participate in governance?

The broader EOS community, which is not participating in governance, would benefit from abstaining from governance and allowing those more committed to funding the building of the community to set the direction.

There was some concern about the elected officials having too much work to “vet” people being invited. I believe this is a non-issue because assuming maximum growth (each person inviting 20 people per year), this would mean that the elected positions would have to approve at most 4 people per week. Given the example budgets, this would mean they are paid at least $60 per validation and each validation would only take 10 minutes. Since the growth rate is likely to be substantially less, these people will not be over burdened and will be well compensated.

After making an accusation and posting a bond, 5 randomly selected elected officials are called to review the case. This might involve scheduling a zoom call and giving both sides an opportunity to defend themselves. If 3 of the 5 agree to evict then the individual who made the accusation gets double their bond back. At this time an investigation may be launched into the parties who invited / endorsed the member being evicted. If they are found to be inviting sock puppets then new charges might be filed and the process would continue.

There was some concern that the evection process could swamp the elected officials. I think this is unlikely given the stringent requirements of becoming a member in the first place.

I will personally fund development of the Eden MVP by hiring a small team with the request that if adopted by the community that the elected officials reimburse me for the costs. This will be done on the honor system, which means that the community could elect people that choose not to reimburse me.

Since I am proposing that Eden be split into English and Chinese communities it will not be possible for me to be part of both. I will participate like everyone else and if I win then that would imply consensus to reimburse me.

When a community is first created, the founder will have complete control over inviting and evicting members until the founder decides to hold the first election. This means that a community can get some initial traction without a lot of overhead and that it can start to organize off chain before being formalized on chain.

Over the course of the next couple of weeks I will be publishing updated design documents and specifications for the Eden smart contract. Most of my development team will start around April 15th. In the mean time I will be looking for community members with experience building interfaces for the smart contract, perhaps working with the Anchor team to integrate the governance process into their wallet.

Loving where this is going. I’ve been working on a prototype for a group system using FIO where the multisig controlled FIO Domain can be the group identifier and membership application involves sending tokens and creating a multisig for the elected admins to approve to register the FIO address at the private domain for the new member. I love the similarities I’m seeing here with my tinkering.

So nice to not simply be a hive of ants with no leadership. Very refreshing. EOS has no choice but to fly.

starting to love your idea once again

This is great, ETA for the MVP?
Any way we can help develop this? Will it be publish on GitHub?

We built this smart contract and tooling for managing graph data on chain. It might be useful for this type of data set. It handles nodes (documents) as labeled lists of KV variants, and edges connecting the nodes are directional and also labeled.

Uses content addressing and stores everything in two future-proof tables: documents and edges. There’s an off-chain agent that loads it into DGraph for querying.

It might be useful for modeling how people are connected for this use case. 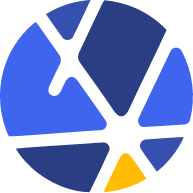 Or maybe not, but looking forward to the positive momentum.

Where does 10min for validation come from?

Any time a decision needs to be made that impacts the entire blockchain (such as hard forks and system contract upgrades) then the leaders of the two communities would have to reach unanimous agreement.

Are you planning on using a USD price oracle to update the membership fee and bond issuance?

Yes. This is correct

I’m liking this Dan. Everipedia can adopt this and have a wiki/knowledge base for each community/Eden democracy. Have you seen garden.circles? I think it’s the best way to explore UBI tokens if we go in that direction. The whitepaper is found here: GitHub - CirclesUBI/whitepaper: Circles Protocol Whitepaper

Dan, experienced C++ and EOS smart contract dev here. I’m very interested in participating in some way on the development of the Eden smart contracts. How should interested people like myself connect with you?
@_JamesMart on Twitter
@James_Mart on Telegram

I can only repeat that.

Athens direct democracy, random election. I like the sound of this draft. Many projects could use this governance model.

The way I understand things is that Dan had to help build the foundation / framework for B1 / EOSio , before being able to make the decision to come back to the EOS community and rediscover his goals and ambitions under Eden OS , greatly appreciated decision Dan , the community seemed in disarray while you were AWOL .

Great to hear! The third is probably Korean community.

and then Next should be Korean Community!

I really like the Eden contract split int an english and chinese communities. I think that works nicely. I also like the ability to evict a member if a violation is found. Thank you for making a commitment to fund/hire a small team of coders. Appreciate your leadership.