Much of our time recently has gone into SDKs, but with the transition to the new PowerUp system nearing completion for EOS we couldn’t delay this release any longer. Anchor Desktop is now on version 1.2.0 which brings many new features, changes, and bug fixes.

To get the most recent version, either:

Onto the major changes…

Fuel now runs in the background

You will no longer have to turn Fuel on or off in order to utilize the free quota of resources we provide each day. Simply perform transactions, and if Fuel is needed, it’ll all happen in the background for you!

Fuel is available today for EOS, Telos, WAX and the Jungle 3 testnet. This service is used to provide a limited amount of free network resources to any account that needs them.

Fee-based Transactions when out of Network Resources

With the introduction of fee-based transactions through Fuel and our SDKs, we now have the opportunity to directly integrate that experience into Anchor itself. Released now on desktop and coming soon to mobile, if your transaction fails because you don’t have enough CPU, NET, or RAM, it will no longer display an error but instead give you an alternative path forward: paying a transaction fee.

This optional path is now directly integrated within Anchor’s in-app interfaces for use, as shown below using the transfer interface as an example:

The prompt will not display if the account has sufficient resources of its own - so for those of you who are power users and manage your own resources you can continue to do so. There’s an option for automatic prompting of these transactions when required, which can be turned on or off through Anchor settings (gear icon in the top right).

The resources screen has been reworked to now display CPU and NET using their resource values instead of as “staked tokens”. With the PowerUp model coming online and the shift away from staking, we felt this was an important change to make.

The goal with this screen will eventually be to move it into a more “Advanced User” section since most average users won’t want to deal with managing resources.

The “Rent” button on the Resources screen now defaults to using the PowerUp system. The option to use REX still exists if you expand the CPU or NET sections.

The rental interface for both PowerUp and REX has also changed. Instead of entering the amount of tokens you’d like to pay, you will now specify the desired amount of resources in either ms (milliseconds of CPU) or kb (kilobytes of NET).

A cost estimate and account balance information can be found on this screen as well.

More information can be found on the Github release notes 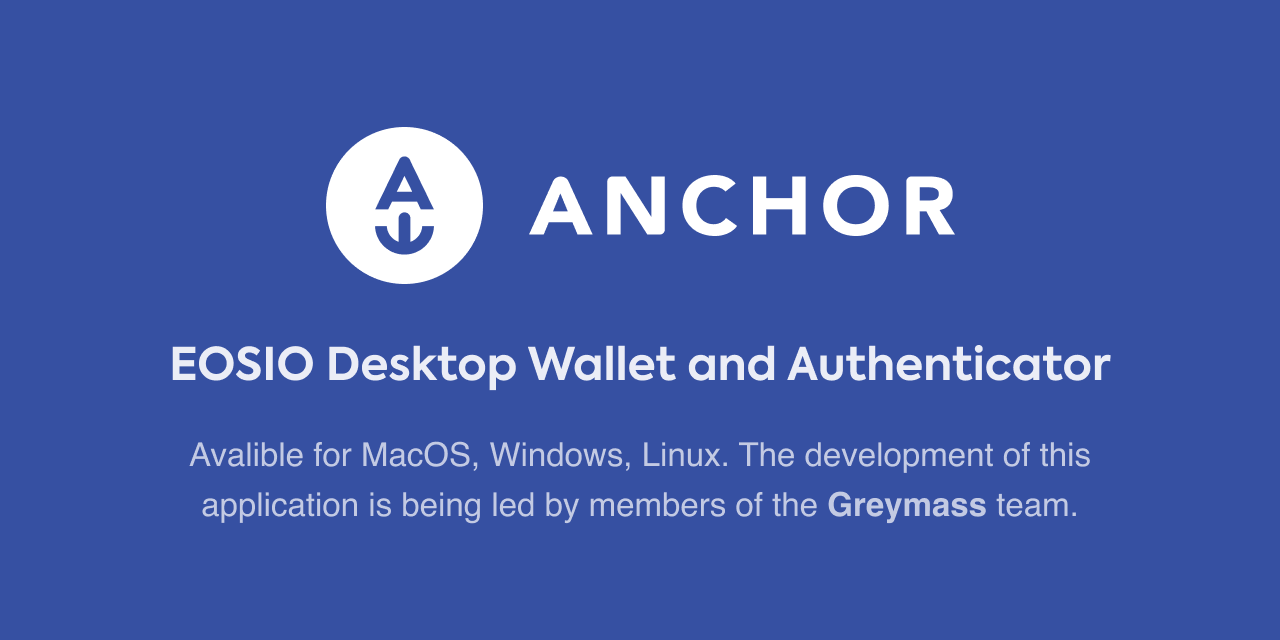 NOTE: Automatic upgrades will NOT work for this release if you have a version prior to 1.1.0. You will have to download the release from Github and install it manually. This is due to the code sign...

i’ll use eospowerup for now in that it’s cost is minimal, and it covers my resources regardless of what wallet I use… Anchor, Scatter, Wombat, Tokenpocket.

both systems are sexy!!

I love Anchor Wallet. My all time favorite EOS wallet for sure. I use it on desktop and mobile.

I just did the upgrade and look forward to checking out what’s new in 1.2.0

Yeah for sure, they’re both useful for different audiences. No reason they have to compete, these solutions and more are out there to help people use EOS.

We knew not many others were focusing in on the “Resources for Dummies” angle, so we decided to tackle that first. The fee-based transactions are simple enough that anyone is going to be able to use them without knowing anything about EOS (which has always been one of the biggest hurdles).

Systems like eospowerup.io and arm.chintai.io are more geared towards power users like yourself, who have multiple accounts and use multiple wallets. They’re also pretty useful for applications and other services on the network that also need resources!

The Resource Provider ecosystem has a lot of potential users all with different needs and I’m happy to see solutions forming for all types of people. As we start promoting all these services to various people, we’ll just have to figure out which one is right for them and make a recommendation based off that.

Couple of quick questions though, as I am not sure if just affecting me since the upgrade to v1.2 on macOS 11.2.3.

Thanks again for the continued improvements, you and the team are doing a brilliant job on Anchor.

This is happening to my accounts to.

Good catch on those. We did revamp how balances were being loaded and it looks like there are some edge cases that are happening with all the API calls in the background.

I’ll see if we can get these all resolved and released in 1.2.1.

So much Gratitude! Thank you for everything.
Small bug report though. My balances are all off in the new version.

Hi Aaron Greymass great job! I am new to the EOS community but I have always been an EOS fan! I have 2 thousand E 100 EOS and I would like an opinion on wallets to keep them safely. My EOS is in Exchange and I would like to put it in a Trezor or some wallet! Which indication of the wallet safely?

This thread will likely be a good starting point for you, it’s a post managed by the community and has a bunch of links to various different types of tools (including wallets):

List of useful links I have found so far, will try to update and improve this post frequently (learning as I go). Feel free to contribute and share.

Aaron, from the way I see it, I will never have the chance to use anchor’s fuel if I’m using eospowerup.io. Unless, my eospowerup.io balance is depleted. In that case, I am VERY happy to have anchor fuel. this is because the process of getting setup can be tricky with a handful of gotchas that can leave you locked out of your account and being forced to send tokens or re-up resources for that account etc…

so yes, both VERY useful. I see eospowerup.io covering 99% of my transactions, but neither are less valuable in my view. Because the loss of control of usability/resources quickly escalates into a big pain without these two excellent tools.

just wanted to belabor it a bit for clarity. good stuff to mix around.

Hi,
I got the following error when unstaking( 5 EOS on CPU and 2 EOS on network are still staked):
“Decoding error at root.authorization<permission_level[]>.0.permission: Unexpectedly encountered undefined for non-optional ()”.

How can fix this?
Thanks,
Stephen

If it was, I’d recommend removing that account and setting it up again. Make sure you have your private keys saved externally, remove the wallet, and then reimport it using the “Import via Private Key” method.

If it’s not, I’d be curious to see how your account was setup in the wallet or perhaps even a screenshot of what the main interface looks like. It can help us debug exactly what’s going on. See this thread for reference of an other instance where this happened:

Thanks for the screenshots! That second screenshot where it says false@false tells me the accounts were imported incorrectly into Anchor. It looks like you went through the “Manual Import” process and didn’t manage to set it up properly. I would recommend you remove those accounts from Anchor (from the Manage Wallets) interface and reimport them. Do not use the manual import process this time but instead use the “Import via Private Key” method, where you just supply the private key and it’ll s…

Thanks for all you do. Anchor is by far the best!
I am a genesis (ICO) user and have made several accounts over the years. When I tried to make one on Anchor I was frankly lost after generating and populating keys when it asked me to enter the network resources in CPU seconds, etc. I can’t imagine a new user getting through that. I went to Bolks.io where they self-populate. I send EVERYONE I help on Reddit to Anchor. It is a shame to have to send them elsewhere first to open an account, like on Bloks or Wombat. Oh well, when it is on Android, I’m sure mobile will be easy.

When I tried to make one on Anchor I was frankly lost after generating and populating keys when it asked me to enter the network resources in CPU seconds, etc.

Yeah - unfortunately pretty much everything within the “Tools” section Anchor isn’t easy. It’s like the kitchen junk drawer of tools you might need someday, but probably rarely use. The vast majority of those tools were created right around the time the network launched 2+ years ago and haven’t seen much attention since.

One of the thing we have been working on pretty hard over the past few months though is onboarding brand new users. We have published our new account creation system on the iOS version of Anchor, which you can see in action here:

#EOSIO account creation is coming to Anchor on mobile, with the iOS build nearly ready for testing. Check out the video below for a preview of how it works! https://t.co/1hMatu3DHX

That tweets from late last year and since then the iOS version has gone live. We have had thousands of iOS users create accounts with the new system. We are working on bringing this same easy experience to Android, Desktop, and even websites in general. The iOS version served as our testing grounds to prove the model works before we spent the time building it into every other version. Once this resource transition on EOS completes, we’ll be shifting a lot more of our attention back on these systems.