Aloha, my name is Joshua Seymour. I’m a millennial entrepreneur based in North America. Currently living in central Mexico with my wife, Mariela, and our two daughters, Nalani (3.2) and Kaleah (0.7).

I’m happy and humbled to have been inducted as an Eden member on June 3rd, 2021.

Special thanks to @thomas @spencer @earthman for the invitation and endorsement!

To learn more about me, please check out my answers to the following questions:

Tell us how you found out about Eden?

I’ve been a fan of @bytemaster’s work since some time between 2016/2017. I found out about Eden by paying close attention to Dan’s statements and activities since his resignation as CTO of B1.

What is it about the community’s vision/values/ideas that attracted you?

With the emergence of Eden and Clarion, it seems that EOS may be dynamic enough to become the most humane and civilized ecosystem on the planet. The value-creative possibilities of this holy trinity combination (EOSIO, ClarionOS, EdenOS) seem very promising and fruitful.

This may even be the beginning of a “supersociety software” that empowers people to build and run their own phantom-like DAO/DAC entities all over the world, in which the company itself seems to vanish as it becomes nearly impossible for governments to determine what country it belongs to in order to involuntarily tax the profits. Without profits being taxed, the many new companies-without-a-company/without-a-country can pour money back into their businesses. Therefore, they’ll be thriving and growing around the world. Perhaps in just a few years, millions of new entrepreneurs hiring tens of millions of new employees/contractors will have nearly eliminated unemployment in some countries.

As awesome as it sounds, it may be less relevant if a new global tax agenda becomes enforceable. 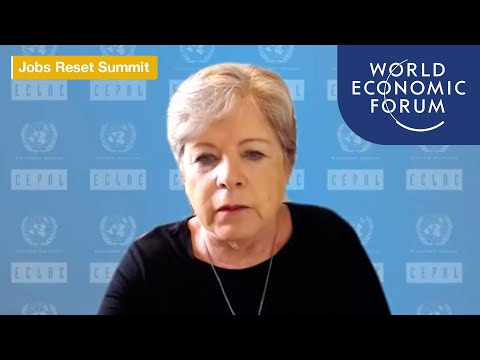 Regardless of a global tax, I’m optimistic that eventually we will eventually neutralize initiatory force.

I’m attracted to dramatically transforming myself, others, society, and the environment for the better.

Why do you want to become a member?

I believe Eden members will continue idealizing the conditions that will ultimately bring us the cure to poverty, stagnation, tyranny, and aging, while simultaneously actualizing those conditions with unique business, political, and social systems. As @MarkStair said, “I’m compelled to become a member”.

In what way do you see yourself contributing to the community?

I recently participated in the first demo election.

During Round 1, I was in Room 14 and we unanimously voted for @Hahn to continue on for Round 2.

I really enjoyed participating in and observing the political playoffs.

Aside from participating as an active member of the community, I’d like to contribute a branded portfolio of 300+ domains for the community to utilize. I’ve posted about that here:

What if we could open-source the use of a branded portfolio of 300+ domains that were exclusively available for sites/apps based on EOS, Eden, and/or Clarion? Would this facilitate network effects? TLDR version: Open sourcing a branded portfolio of 300+ domains to help teams unattached to their domain name and want to create and evolve sites/apps that use EOSIO, Eden, and/or Clarion by avoiding the risks of an unknown brand and adopting a trusted brand that’s known as a conglomerate of EOS-rel…

During the 1st demo election, I partially mentioned my intention to work with others to leverage EOSIO, Clarion, Eden for deploying dedicated sites/apps into targeted local networks – the major nodes of the global network – such as each of the megacities and cities worldwide with more than a million people.

Each city eventually becoming its own DAO/DAC with its own EOS-based currency.

Each city adopting the political playoff process and Eden into the charter of the city.

Each city accelerating their transition from governance before Eden to after Eden.

These city-focused sites/apps would also include the following features:

If you were to become an elected Eden Genesis representative with a budget, how would you spend that budget?

I’d advocate that we leverage the crowdfunding platform that @YvesLaRose and others are developing and perhaps request that we add some of the features mentioned above, if they’re not already planned.

I’d help source intelligence and gain multiple perspectives from our fellow members and elected officials regarding the major problems inside/outside of our community and allocate funding to what is agreed to likely be the most powerful approach to solving the problem in each situation.

This would likely include funding the existing projects within the EOS community.

I’d host weekly/monthly essence meetings dedicated to reviewing the progress and previewing the next steps in relation to each proposal that is funded. I’d ask for the community to have regular visibility of any/all SCRUM/KATA types of updates from every team/project that is receiving funding.

I’d work together with others to sufficiently asses the desirability, feasibility, viability, and adaptability of each proposal that requests or receives funds.

I’d adhere to the intent of the code, laws, rules of the community as the guide for my decision making.

8 Likes
Want to join the Eden Genesis Community? Introduce Yourself to the Community HERE!